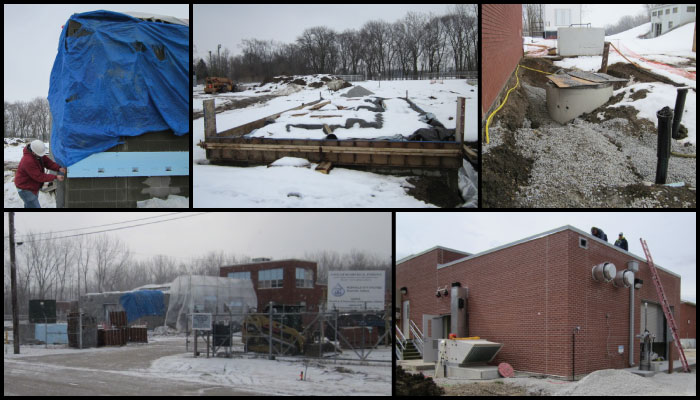 After learning that suppliers and subcontractors had not received payment from the construction contractor for invoices over 100 days past due, Donohue and the City of Rushville worked with the surety to resolve a multitude of issues. The surety provided payment and performance bonds to avoid long material and equipment delivery delays, repossession of delivered equipment, and an extended work stoppage.

Proactive steps taken by Donohue and the City set the stage for most subcontractors and suppliers to continue work on the project. This open line of communication, along with coordination of payments with Indiana State Revolving Fund and the surety for outstanding invoices and worker wages, helped move work progression from 30% to 80% complete over a 6-month period. During this time period, the contractor voluntarily defaulted and a new contractor was retained by the surety to finish the project. Despite some work completion delays, these efforts facilitated transparency between affected parties and the project’s successful completion with no additional cost to the City of Rushville.

Steve is a Vice President located in Donohue’s Indianapolis office. He has more than 40 years of engineering experience and is the Practice Leader of the Wet Weather Treatment Systems for Donohue where he is responsible for developing and implementing new wet weather wastewater treatment strategies. His roles have involved project development, management, design engineering, grant administration, and overseeing engineering services during bidding and construction.